No Longer Updating This Site

Alas, I won't have the time to update this site for the foreseeable future.
That's the bad news.

The good news is that all my latest news can now be here - http://davidhaynesfiction.weebly.com/  instead.
Posted by haynesfiction@gmail.com at 10:50 1 comment:

The Cult of Me: Book Review - The Cage by David Haynes

The Cult of Me: Book Review - The Cage by David Haynes: David Haynes ranks as one of the few authors whose work I'll immediately pick up and shoots to the top of my TBR list once they release ...
Posted by haynesfiction@gmail.com at 06:20 No comments:

As any author will tell you, releasing a new book is a very exciting business. Today is the day I released The Cage.

I won't bore you with all the details but I talked about it with Mrs H this morning and I realised that along with the excitement there was another emotion involved and that was of relief.
Why relief? she asked.

Well, the book was written through a period of physical difficulty and released whilst I was in bed. I feel relief because I was able to write, what I think is a good story, whilst struggling. Anyway I won't go on but I hope you enjoy the book!

I want to thank my editor, David Wailing for his expert advice. As Stephen King said, "To write is human, to edit is divine."

I also want to thank my friends Kath Middleton and Ju Stacey for their help.

The cover is the work of the brilliant Michaela Margetts. 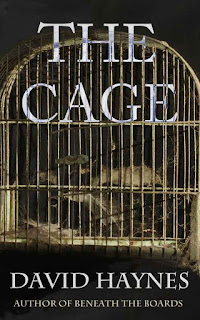 Caged inside Ted Armstrong’s mind are memories of his old job as a police detective: the victims he saw, the helplessness he felt.
Caged within the Hotel Cromwell is a history of horrific murder, turned into a tourist attraction by the identical twins who maintain their family business.
Caged below the earth is the evidence that Ted has been sent to discover, a legacy of blood-soaked atrocities as dark as his own past.
Caged by snowdrifts and cut off from the outside world, the hotel echoes with terrified screams, hissing voices, and the screech of tortured metal…
…getting closer and closer.
It will be available in a variety of stores in the near future but at the moment it's only available in the Amazon store.
Click here to go and buy it!
Posted by haynesfiction@gmail.com at 15:48 No comments:

Beneath the Boards Now Available in Paperback!

That's right, as the title suggests, Beneath the Boards is now available in paperback! 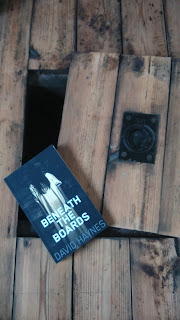 It's available from Amazon and can be purchased directly from the product page.
Here's a link if you haven't already got it.

I thought it was time for an update!

Earlier this week I received my 50th review for Beneath the Boards on Amazon UK. I'm really pleased about this achievement and  in general the feedback has been excellent. On Amazon it has a review average of 4.4 out of 5 which is another reason to smile.

Also this week I had an email and then a telephone conversation with a nice chap from Amazon. Obviously when I received the email I thought, this is it, you've made it, you've hit the big time!

It didn't quite work out like that though and all he wanted to do was ask me if I was aware the possibility of creating a paperback with CreateSpace was there.
He thought, "Beneath the Boards would sell very well as a paperback!"
I am very aware of that possibility having spent several frustrating hours attempting to create one for my other books and politely told him so. he wished me all the best but it did make me think about CreateSpace.

I'm currently undergoing treatment for a spinal condition and only three weeks ago had a discectomy and laminectomy to help one of the issues. Unfortunately after only three days of relief and the subsequent celebrations my condition deteriorated and is now worse than ever. Another operation is planned which will make it the fifth procedure in the last three years. It's been tough for both me and my wife, Sarah and at times I've felt a bit grim about it all. I think at times I've turned into the fellow below. 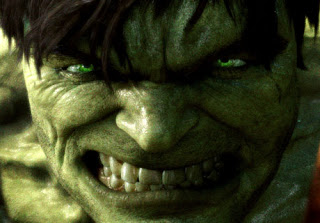 I don't mention this for sympathy but to make you understand that I simply haven't go the patience to try to do it again. I could, I probably could, and no doubt some of you will be thinking, 'It ain't that hard.' but simply put, I'm an idiot when it comes to things like this so I know my limitations.
Jonathan Hill, a talented author friend of mine offered to help when I went to him for advice but I know how much he's got on at the moment and I didn't want to add any more to that.
So I've paid someone to do it.
And I've paid James at http://www.goonwrite.com/ to complete the cover he made for the ebook version.
I'm very excited about it and although it might not repay the financial outlay, I'm glad I've done it. Whether I'll do anymore is another matter entirely.

Finally, my next book - The Cage is entering the final stages of writing and I hope it'll be ready early/mid September. I'll write some more about that when I've recovered from writing such a lengthy blog post.

Posted by haynesfiction@gmail.com at 10:20 No comments:

As you all know I changed the cover for back in April so I'm approaching two months with the new one.

So did it improve sales?

Well sales have improved and improved dramatically but can I solely attribute the cover change to that? I'm not sure. The 99p/99c price has always been the same.

However I do feel the 'generic' cover has played a major role.

I'm not going to quote numbers but for the first time ever I ducked under the top 1000 overall paid books on Amazon. I made it into the 800's, which has always been a target, if not a dream!

I don't know if this of interest but I wanted to post it as it's possibly an experience of value to someone else considering a change.
I hope it continues!

Buy your own copy here - http://authl.it/2pe
Posted by haynesfiction@gmail.com at 11:29 No comments:

New Cover for Beneath the Boards

After going backwards and forwards for a while and then thinking about it, procrastinating some more, I made a difficult decision. I decided to change the cover for Beneath the Boards.

I won't go into the full reasons behind the decision, suffice to say it wasn't made lightly.
Anyway, here's the new one, courtesy of James at http://www.goonwrite.com/ 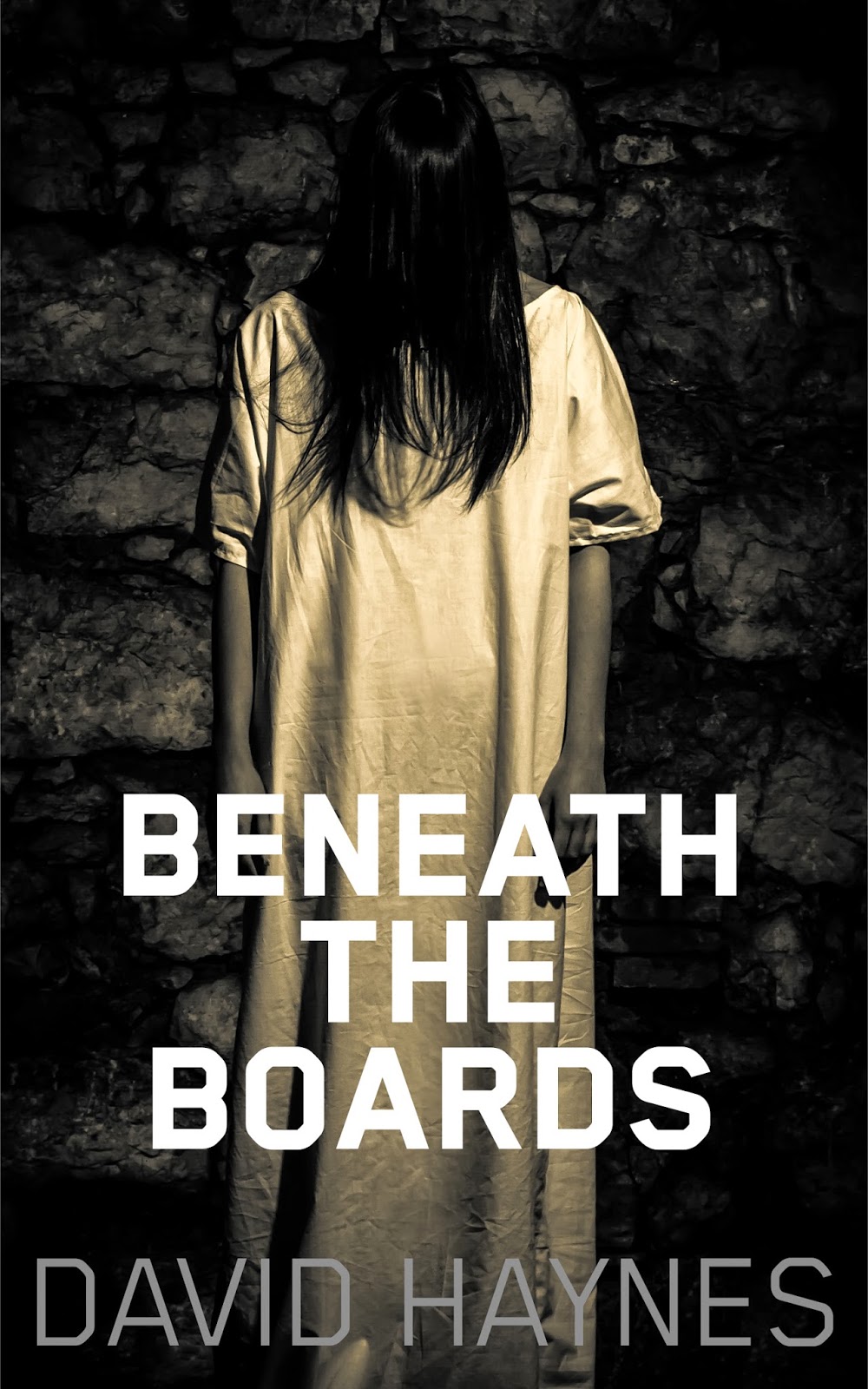 I think it reflects the story quite well and has a genuine 'horror' genre feel to it.
﻿
﻿
Posted by haynesfiction@gmail.com at 18:08 No comments: